You are here: Home1 / Meet Your Instructors 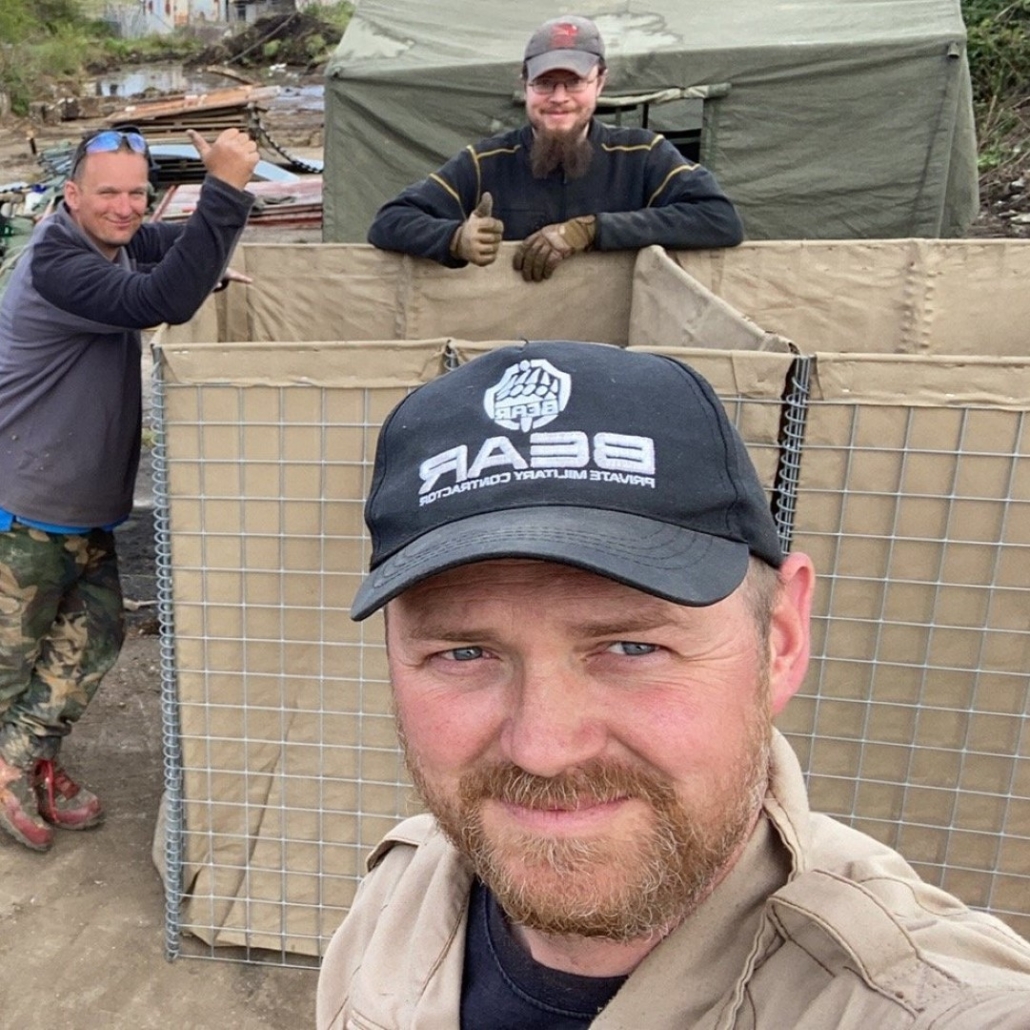 Jim’s the founder of Tanks’N’Trucks, he comes up with all kinds of crazy idea’s… with Tanks’N’Trucks he wanted to share his obsession of  Military Machines and their unique off-road capabilities with others. His wife believes he just wanted a great excuse for having fun driving and looking after so many army vehicles. When not instructing and driving them off-road at Imperium’s Battlegrounds, to the shops, or on various green lanes,  he can be found maintaining and restoring the Tanks’N’Trucks fleet, and currently has several projects on the go.  He grew up farming in the Orkney Islands and as a youngster loved to play soldiers, make go-carts and was an avid computer geek. He now runs Imperium Airsoft (Playing Soldiers), Tanks’N’Trucks (Go-Carts?) and owns a successful Managed Business IT Support Company called Micro Pro (still a computer Geek). He is married, has 3 young children, a soppy Cocker Spaniel called Duke, a vicious cat, and lives near Stalisfield in Kent. 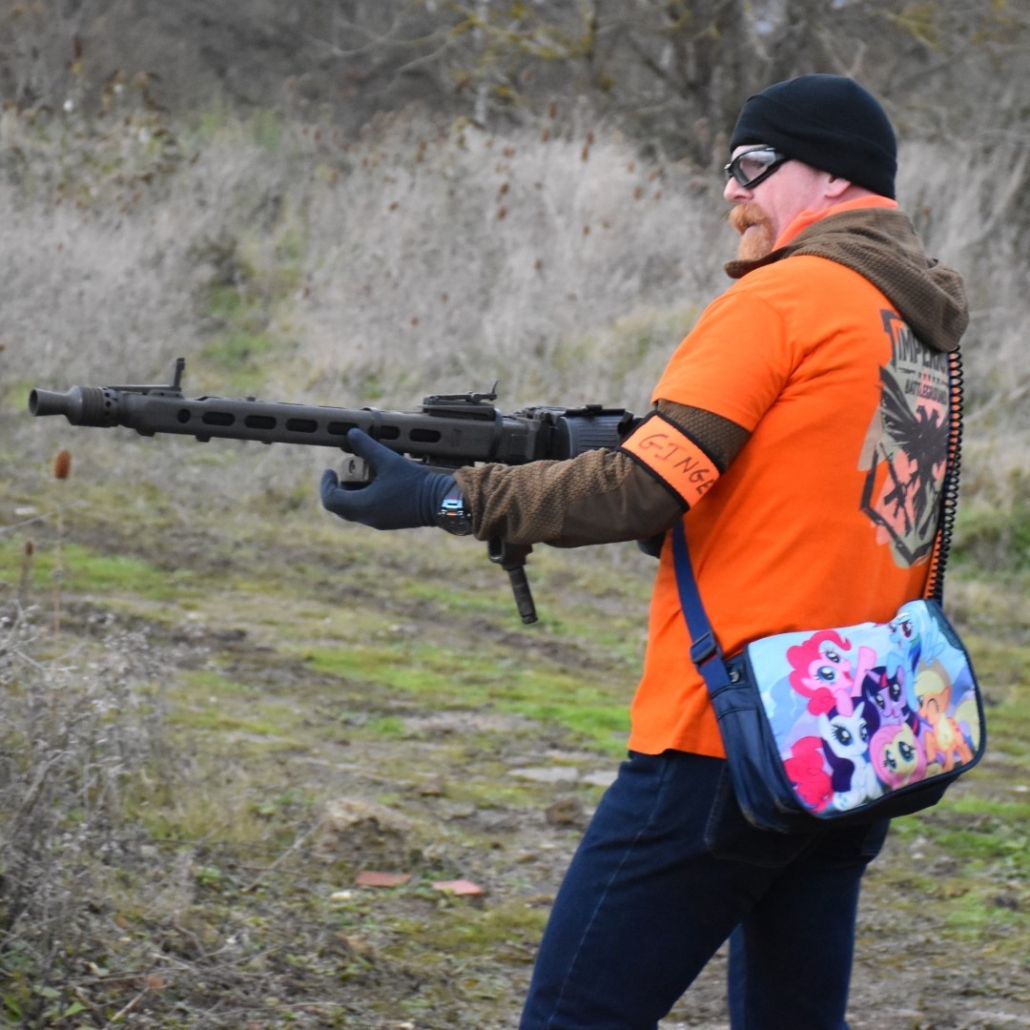 Ginge is an Ex-Army Military vehicle enthusiast and instructor. His primary role at Tanks’N’Trucks is to act as Jim’s muse, inspiring him to spend vast swathes of cash on interesting and unique military vehicles Jim has never heard of. There is nothing Ginge likes to do more than go on romantic purchasing missions with Jim to far-flung corners of the planet to inspect vehicles for acquisition.  When he’s not extolling the virtues of the Steyr-Puch Pinzgauer or dispensing random facts, he can be found training real Army men in proper plant operation or instructing clients of Tanks’N’Trucks on correct Unimog handling! Ginge is also a certified Genius, and has exchanged almost all his EQ for IQ, so don’t be offended by his trademarked personality. A massive Virtual Reality and Cycling Maniac, Ginge is Married and lives in Rochester, Kent. 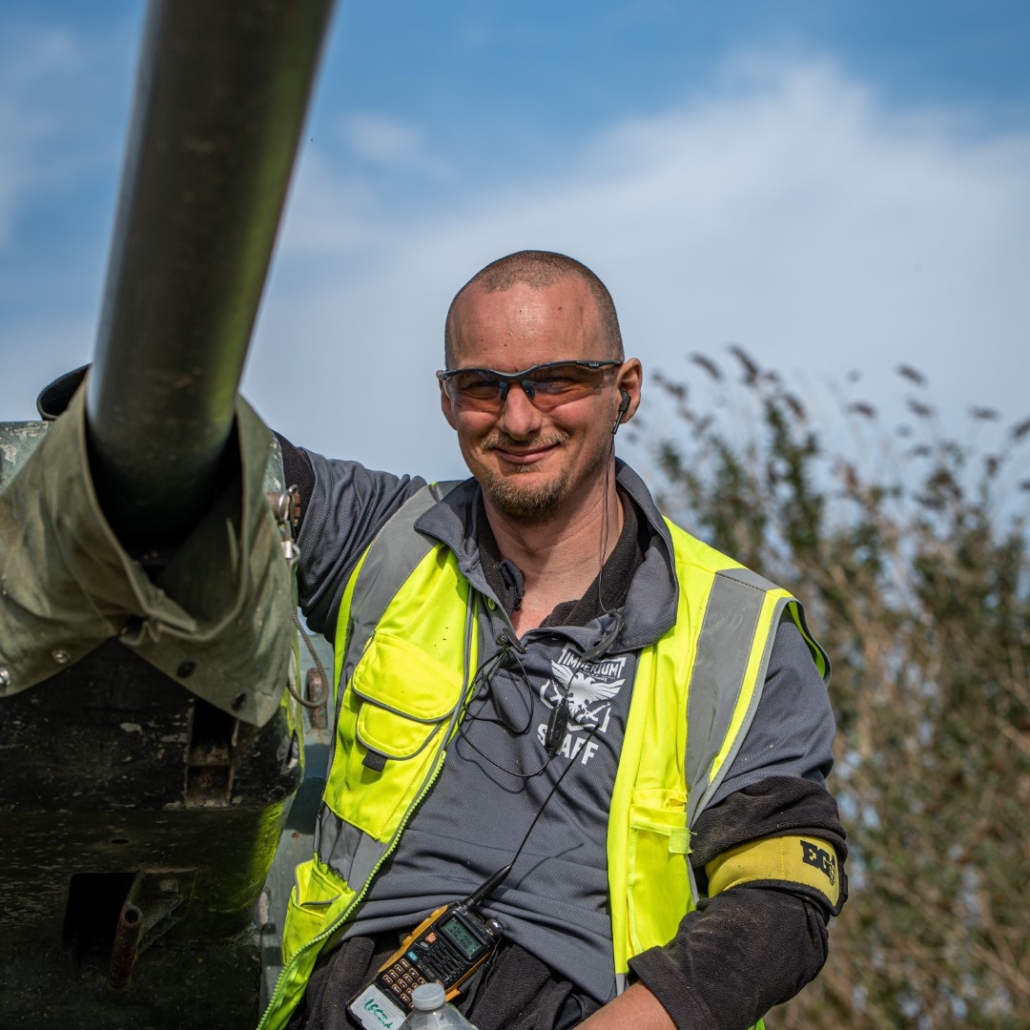 Paul is a Full-time instructor for Tanks’N’Trucks, which means he spends about 10% of his time instructing on our experiences, 30% of his time servicing vehicles and 60% cleaning the mud off them. He is a massive petrol head and is infectiously enthusiastic about anything with an Engine. Paul met Jim in an internet chat room for people who like to drive off-road. After a short courtship where Paul showed Jim some new Green Lanes and Jim presented Paul with a Unimog, Paulus joined the Tanks’N’Trucks crew.  Perhaps the most dedicated of the Team, and certainly the hardest worker,  he regularly drives the 200 miles from his chateau in Hampshire to clock in at the TNT BattleGrounds! 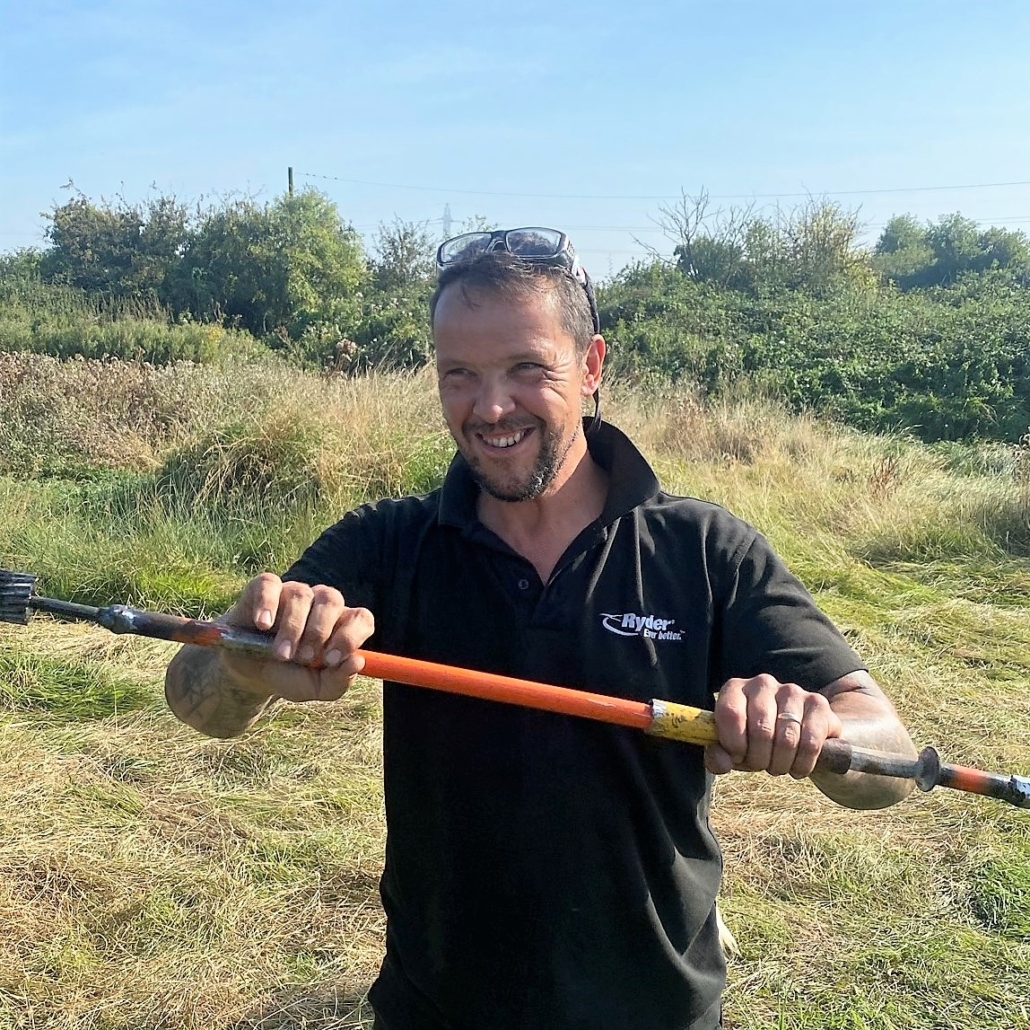 Martin is a former Tank Instructor for the 2nd Royal Tank Regiment as well as being an accomplished HGV Mechanic. This means he is expertly qualified for his role as instructor and Chief Mechanic for Tanks’N’Trucks. Martin loves the machines with a passion, especially when they are all working and he doesn’t have to fix them, Martins super power is his incredibly hard skull and equally indomitable spirit, all mechanical problems yield to him eventually! He is happy Driving Tanks or Commanding them. and although he won’t admit it – he really enjoys fixing them.. Martin is married and lives on a boat somewhere in the North Sea, when he’s not maintaining our Tanks and Trucks, he’s either busy stopping that boat from sinking, or at “The Flying Huntsman Clubhouse”, aka the pub. 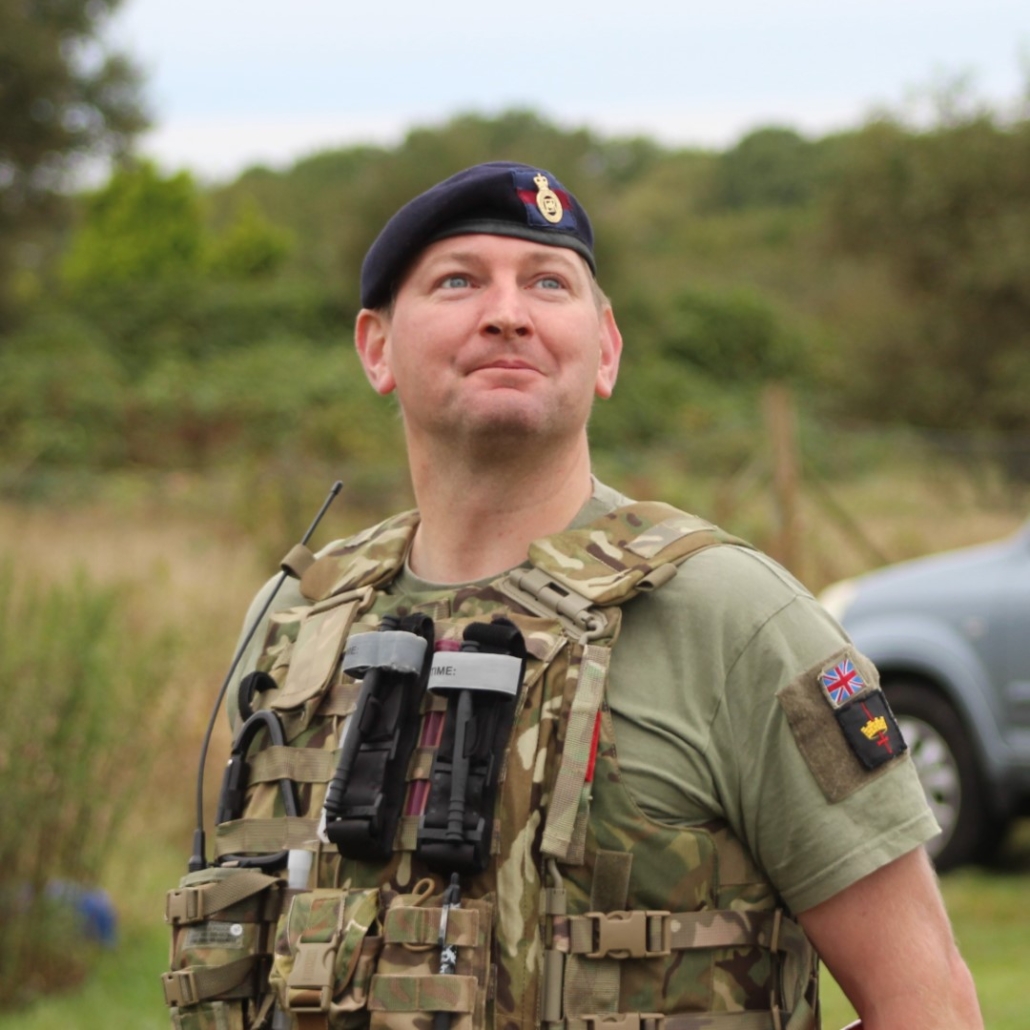 Roo loves Tanks, Roo Loves Trucks, Roo loves getting paid to be around Tanks and Trucks. Never will you meet someone happier to be at work than Roo. Another one of our superb Ex Army Instructors, Roo is as enthusiastic about military machines as any of us, also being a qualified mechanic means he’s another vital part of the Team when things go wrong! When not instructing our clients, he can be found buying and selling Military Surplus equipment for vast profits, or creating bespoke leather creations for the family Business! Another Married Man of Kent, based out of Dover.

A memory for a lifetime, nothing beats a Tank Driving Experience.

If you are Age 12 and above and tall enough to reach the Pedals and fit enough to climb aboard, we have a Military Machine you can drive, off-road in Kent. From 4×4 Driving to Tank Driving to our 5ton Off-Road Unimog Trucks we have a Driving Experience you won’t find closer to London.

Ready for something different?