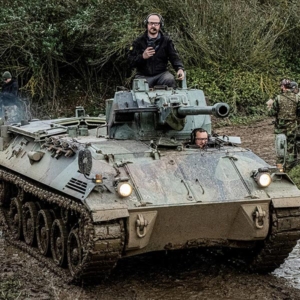 Our Saurer Schützenpanzer A1 (SPzA1) 4K 4FA Tank Driving Experience is provided by an Austrian Armoured Infantry Fighting Vehicle born in the Cold War. She is the Flagship Tank of Imperium BattleGrounds. With her 20mm Oerlikon Autocannon, V6 Turbo Diesel Engine and ZF Automatic Gearbox combined with her low profile, She is 15 Tons of Fast and Formidable! This is a very easy Tank to Drive and so much fun.

LEARN ABOUT THIS TANK

The Austrians make some superior quality machines from amazing Off-Road Pinzgauers (so good!) to Armour and with the Cold War, it was a priority. Before being integrated into Steyr-Daimler-Puch AG in 1970, Osterreichische Saurer-Werke from Vienna, famous for Buses and reliable Trucks made a prototype of a low profile IFV Tank and APC that could withstand 20mm projectiles to the front and with sloping sides and rear to easily deflect small arms fire, thanks to a low centre of gravity it was perfect for troops operating in the mountainous regions of the area and could easily be airlifted into position.

The IFV 4K 4FA-G2 is armed with a belt-fed 20 mm Oerlikon Contraves Model 204 GK autocannon, which is housed in a one-person turret. Both the IFV and APC also have four mounting sockets for MG 42 machine guns on each side, front and rear. To keep the Tank sleek and fast, and because it was to be fighting in the mountains it had no need for NBC protection or amphibious capabilities. It is powered by a 6-cylinder Saurer water-cooled turbocharged diesel engine, and depending on the model provides either 200 or 250 horse power (184 kW), combined with a superior torsion bar suspension system it gives the IFV a top speed of around 40 mph, that’s pretty quick for driving a Tank around mountain passes and almost far too exciting for our challenging Tank Driving Experience course!

The original design was a hit and they went on to produce 445 more in various configurations. Later many more were made with a newer 320HP engine, this version called the 4K 7FA has the same basic design and went on to become a fully-fledged light Tank in the Kürassier SK-105, fitted with a 105m Cannon, adopted by the Greek Army as their goto Armoured Infantry Fighting Vehicle the ELVO Leonidas 2.

But enough information, are you Ready to Drive this Tank?

Everything you need to keep your Schützenpanzer A1 in tip-top condition (providing you speak Austrian!)

A memory for a lifetime, nothing beats a Tank Driving Experience.

If you are Age 12 and above and tall enough to reach the Pedals and fit enough to climb aboard, we have a Military Machine you can drive, off-road in Kent. From 4×4 Driving to Tank Driving to our 5ton Off-Road Unimog Trucks we have a Driving Experience you won’t find closer to London. 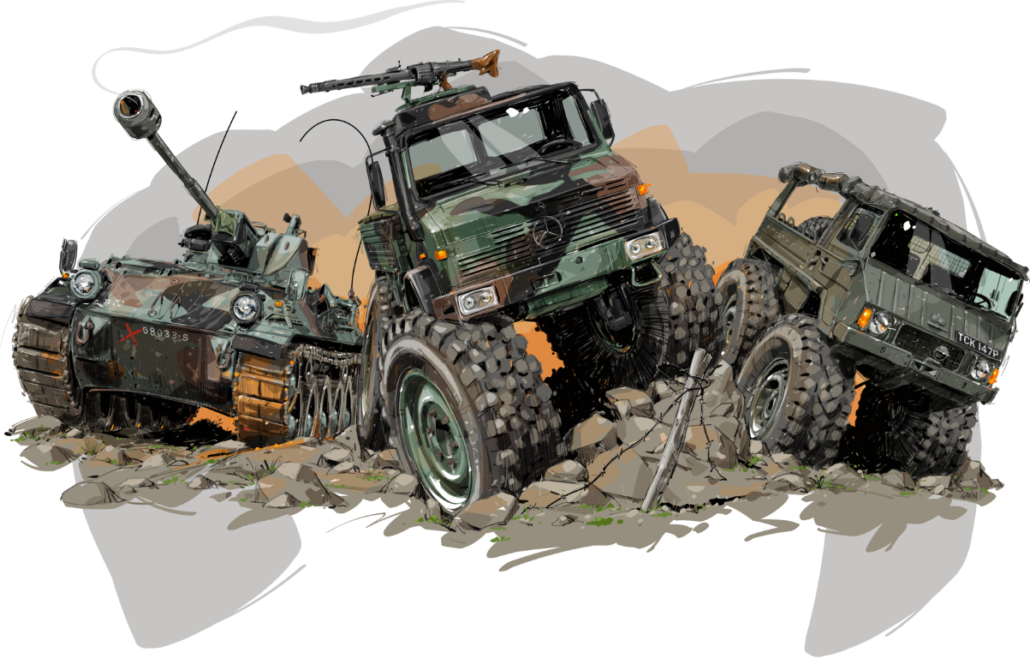 Ready for something different?